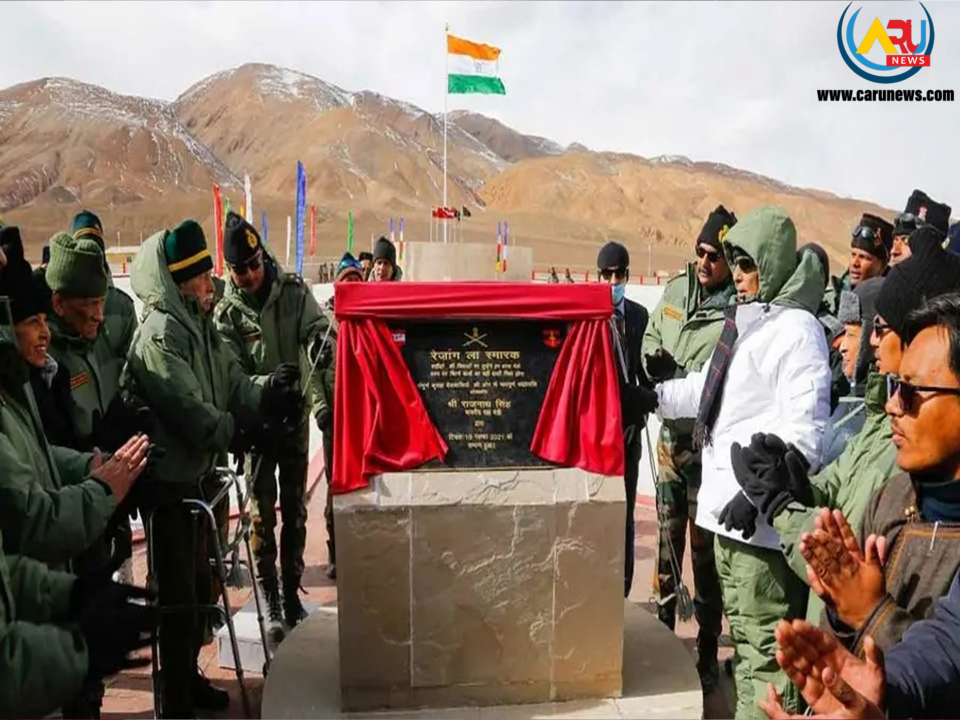 Defense Minister Rajnath Singh on Thursday inaugurated a renovated war memorial at Rezang La in eastern Ladakh, where Indian soldiers bravely fought Chinese soldiers in 1962. Singh described the memorial as an example of determination and indomitable courage displayed by the Indian Army. He said that it is not only immortal in the pages of history, but also beats in our hearts. It is difficult to imagine the historic battle of Rezang La fought at an altitude of 18,000 feet even today. Major Shaitan Singh and his fellow soldiers fought till ‘last bullet and last breath’ and wrote a new chapter of bravery and sacrifice. Defense Minister Rajnath Singh pays tribute to the Indian soldiers who made their supreme sacrifice in the 1962 war by reaching Rezang La, located amidst the inaccessible hills of Ladakh. The standoff has been going on for almost a year and a half. The Rezang La War Memorial in the Eastern Ladakh sector was small and has now been expanded. It is now much bigger than before and will be visible on the tourism map of the Union Territory of Ladakh. The move to inaugurate the war memorial is being seen as a display of India’s might.

Equity benchmark indices close in red, Sensex down by 112 points