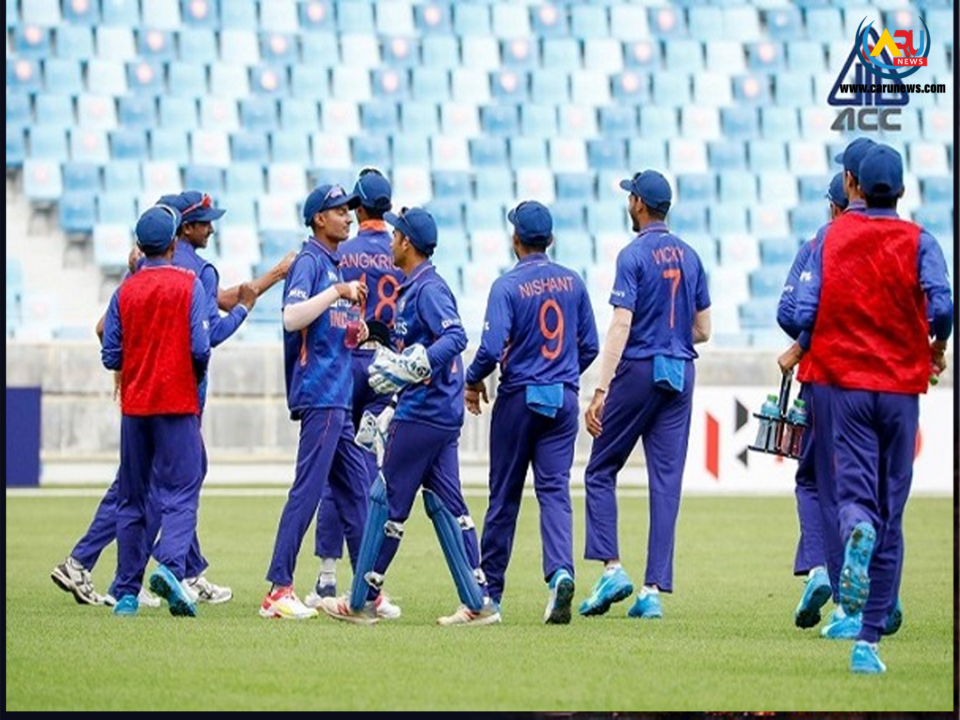 Georgetown [Guyana], January 13 (caru news): India U19 head coach Hrishikesh Kanitkar on Thursday said that the win in the Asia Cup was really good in terms of developing a good team bond ahead of the upcoming World Cup.

India will lock horns against South Africa in their opening match of the U19 World Cup on Saturday in Guyana and then the side will lock horns against Ireland and Uganda on January 19 and 22. “The U19 Asia Cup was important because we had not played together as a team ever before. For us, it was important in terms of team building and getting matches under our belt, it has been of great help,” said Kanitkar while replying to  query during a virtual press conference. Replying to an question, India skipper Yash Dhull said: “The morale is good within the squad, we are focused on taking it game by game. We will keep our intent and we will take it as it comes.” Talking about spending time with Rohit Sharma at the National Cricket Academy (NCA), Dhull said: “At the NCA, VVS Laxman and Rohit Sharma shared their experiences with me. They talked about how the U19 World Cup was a stepping stone for them.

When asked about the struggles of bio-bubble life, coach Kanitkar said: “We need to realize that this has been the norm for the last couple of years so it is better to get used to it. This is the reality now, you need to find things to do to take your mind off things. Guys will learn from this and they will be up for it when they are in bio-bubbles for other tournaments going ahead.” India is the most successful team having won four titles in 2000, 2008, 2012, and 2018. India has also been runner-up in 2016 and in the previous edition of the tournament held in 2020 in New Zealand. “There is a huge legacy because, in the past tournaments, the Indian team has done well. But you need to understand every World Cup has a set of new guys and you are starting fresh. But what we try to do is not think too far ahead. We are not thinking about IPL auctions, Ranji Trophy, that comes later. Currently, our job is to take it as it comes and not think too far into the future,” said Kanitkar. “It can be a challenge sometimes because players are looking ahead and they do have certain ambitions. That is where we come in as coaching staff and help them,” he added. The 14th edition of the tournament will see 16 teams competing for the trophy in 48 matches. The format will see the top two teams from each of the four groups advance to the Super League while the remaining teams feature in the Plate across 23 days of competition. India U19 is placed in Group B.india squad: Yash Dhull (c), Harnoor Singh, Angkrish Raghuvanshi, SK Rasheed (vice-captain), Nishant Sindhu, Siddarth Yadav, Dinesh Bana (wk), Aaradhya Yadav (wk), Raj Angad Bawa, Manav Parakh, Kaushal Tambe, RS Hangargekar, Vasu Vats, Vicky Ostwal, Ravikumar, Garv Sangwan.