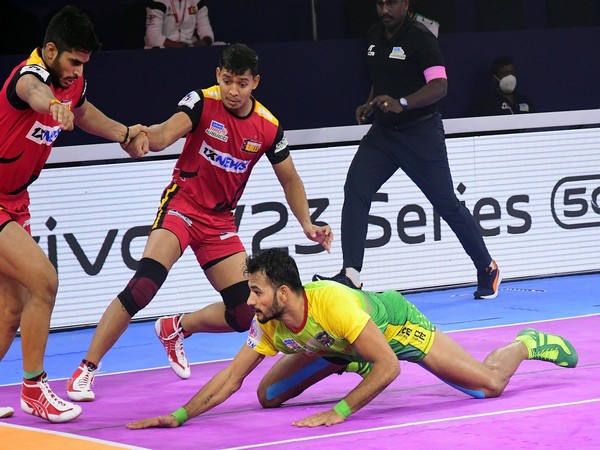 Bengaluru (Karnataka) [India], January 17 (caru news): Mashal Sports, the organizers of Pro Kabaddi League, successfully completed 66 matches constituting the first half of the league stage ongoing Season 8, in complete conformity to the league schedule that was released in December 2021

. Mashal Sports on Monday announced the second part of the ongoing round-robin league, with 33 matches to be played from January 20 to February 4, 2022. A significant feature of the 66 completed matches of PKL Season 8 has been the augmented quality of competition between the 12 PKL Teams. The score difference at the end of matches has reduced by 42 per cent with an avg. of 6 in PKL 8 VS 10 in PKL 7. There has been a 16 per cent increase in total points scored: avg. 68 points per match in PKL 8 vs 59 in PKL 7.

The league organizers are confident that the next round of 33 matches will witness further enhancement of the competitive quality of the league especially as this includes the ‘rivalry week’ between PKL Teams where the playing teams are selected for popular sentiments and folklore between their respective geographies. The ‘rivalry week’ of PKL Season 8 will be played from January 31 – February 4. The upcoming 33 matches, including the rivalry week, will be followed by the penultimate round of further 33 matches that will complete the full 132-match round-robin stage of Season 8. This will be followed by the play-off round and thereafter the Season 8’s grand finale. Speaking about the schedule being released into two phases, Anupam Goswami, CEO, Mashal Sports, and League Commissioner, Pro Kabaddi League said, “A notable feature of Pro Kabaddi is that it offers the highest number of matches among front-ranking Indian sports leagues. This is a unique value proposition for its 12 Teams, its athlete pool, as well as sports fans and sponsors in our country’s sports ecosystem. The completion of 66 matches of the first half of Season 8, as well as the release of the next 33 matches, is proof of our commitment to this intrinsic value of Pro Kabaddi”. Keeping the health and safety of players in mind, Mashal Sports will continue to adhere to all the safety protocols set by the authorities and aim to maintain bio-bubble security.

‘Want to celebrate diverse culture’: Cummins on his heartwarming gesture for Khawaja

T20 WC: Namibia has self belief to spring a surprise, says Smit