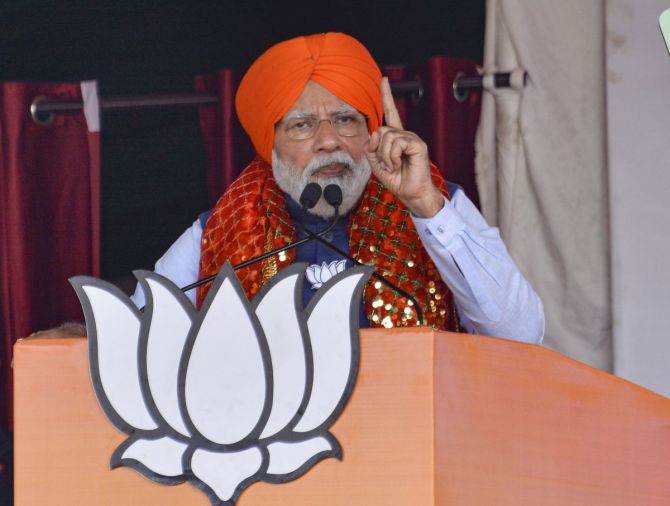 Punjab Election: “Congress’s track record shows that they are not going to work for Punjab,” PM Modi said at an election rally in Jalandhar.

“They said we didn’t want Captain’s government to be run by Delhi. This means Congress governments are run by remote control by one family, not by the constitution,” he said at a rally in Jalandhar.

The Congress is “paying for its misdeeds” now, the Prime Minister said.

“Look at the state of the Congress. Their own party is falling apart. Their own leaders are exposing them. A party with so much infighting – can it give a stable government to Punjab?” PM Modi questioned.

Punjab will vote on Sunday for a new government.

The Prime Minister was addressing his first rally in Punjab since last month’s security lapse, when he was forced to spend 20 minutes on a flyover on his way to a rally because of a blockade by farm protesters.

“I wanted to visit Devi Ka Talab but the Punjab Police said it can’t allow it due to security. This is the condition of security in Punjab,” PM Modi remarked.

On Valentine’s Day, Katrina Kaif shares ‘what matters’ the most with Vicky Kaushal

Tribute to Puneeth Rajkumar | Who was Puneet Rajkumar? Know why he was so popular among his fans.