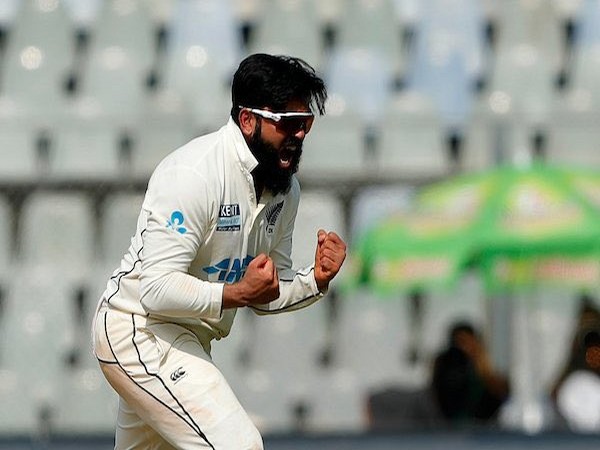 while James Neesham was dropped from the shortlist. Patel, who had missed out last year, returned to the fold after a series of fantastic performances. He helped New Zealand to a Test victory in England in June 2021 and was the top wicket-taker in the five-match T20I series against Bangladesh in September. In a stunning display of spin bowling, he bagged a 14-wicket haul in Mumbai against India in December last year. “It’s great to see Ajaz back on the list after narrowly missing out last season. His value as our leading red-ball spinner is clear and we’re excited to see the role he could play in the Test team going forward. I’d like to congratulate all 20 players who have received a national contract offer for the coming season and wish those heading away this winter all the best. I’d also like to acknowledge Ross Taylor and his immense contribution to the BLACKCAPS over a long and successful career,” said Blackcaps head coach Gary Stead.

The 31-year-old Michael Bracewell was offered his maiden contract. Bracewell was the skipper of the New Zealand XI team against the Netherlands in March this year and top-scored for them in the two ODIs with 81 and 127*. He made his ODI debut in the same month against the Netherlands and has played three internationals so far. “Finalising the list seems to get tougher by the year. The busy international calendar means we’re calling on a wider base of talent these days and the likes of Michael Bracewell is testament to the depth of that talent. Michael’s been consistently performing on the domestic circuit for seasons now and we certainly see him as an international prospect in all three formats,” said Stead. The two names missing from the previous list are Ross Taylor, who retired from international cricket last month, and James Neesham. Neesham has not played a Test since 2017 and has struggled to find form in white-ball cricket. He last played a white-ball cricket match in March 2021 and has picked only three wickets in his last 10 T20Is. New Zealand central contracts list 2022-23: Tom Blundell, Trent Boult, Michael Bracewell, Devon Conway, Colin de Grandhomme, Lockie Ferguson, Martin Guptill, Matt Henry, Kyle Jamieson, Tom Latham, Daryl Mitchell, Henry Nicholls, Ajaz Patel, Glenn Phillips, Mitchell Santner, Ish Sodhi, Tim Southee, Neil Wagner, Kane Williamson and Will Young.

Bigg Boss OTT: New wild card entry Nia Sharma opens about the strategies and twists she will use in the show