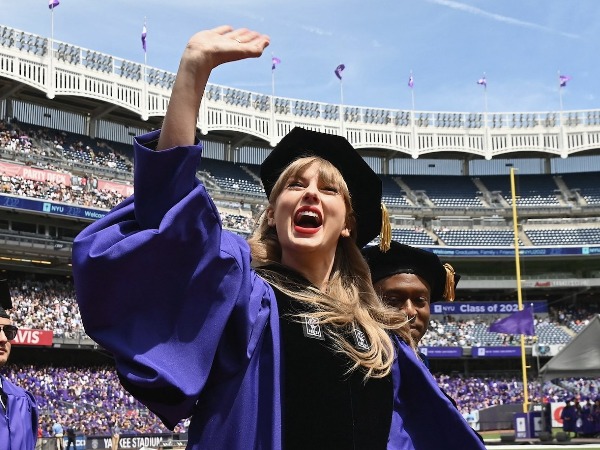 and was elated while delivering her ceremonial speech at the school’s commencement at Yankee Stadium. The pop star was selected as the speaker for NYU’s class of 2022 for her barrier-breaking accomplishments in music, her fearless challenge of industry stereotypes and her philanthropy and activism, reports Billboard. The pop star donned a purple doctoral gown and cap while addressing a buzzing crowd of almost 3,000 New York University students who were awaiting the pop star’s appearance since her announcement earlier in March. 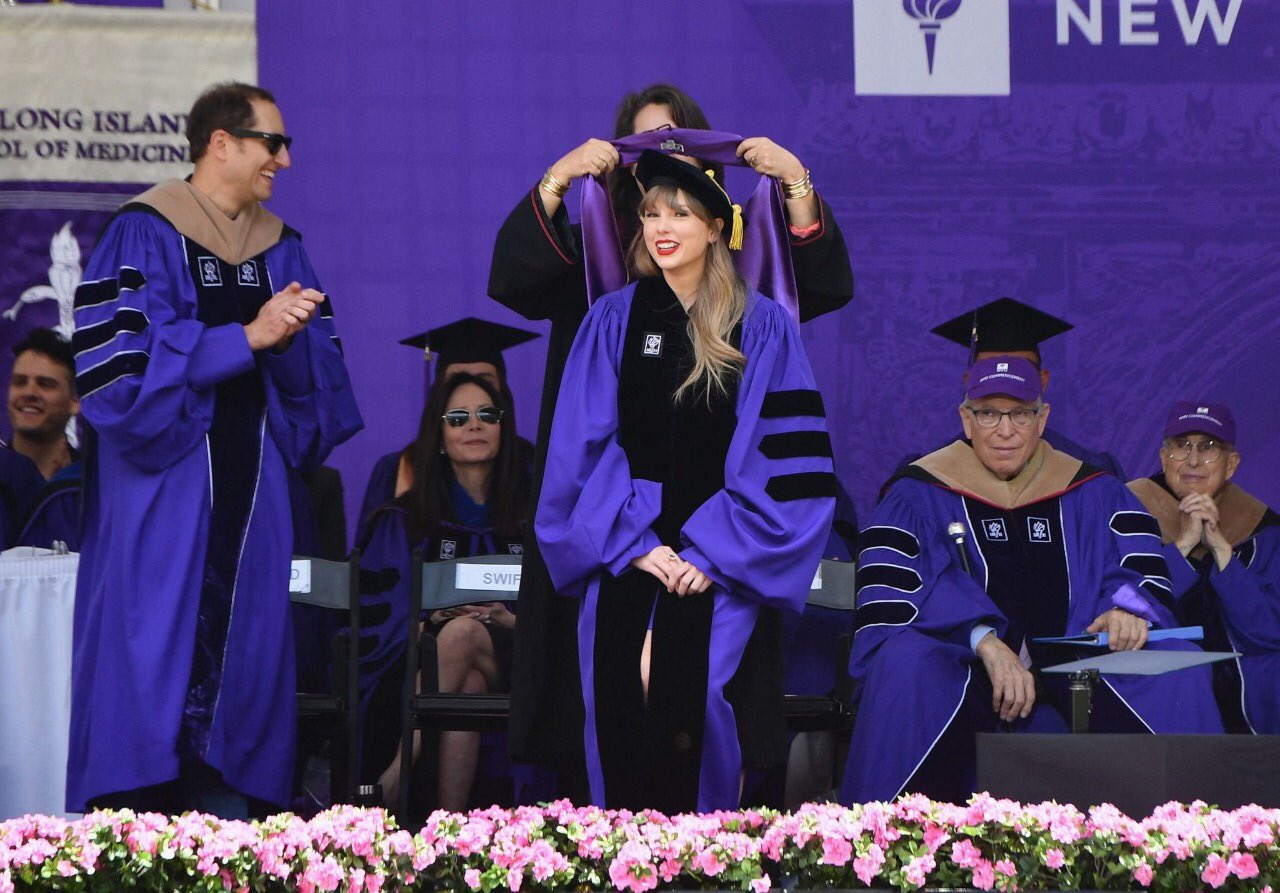 Swift, addressing the crowd, said, “Last time I was in a stadium this size, I was dancing in heels and wearing a glittery leotard. This outfit is much more comfortable.” Poking fun at herself, she jokingly says, “I’d like to thank NYU for making me technically, on paper at least, a doctor. Not the type of doctor you would want around in the case of an emergency, unless your specific emergency was that you desperately needed to hear a song with a catchy hook and an intensely cathartic bridge section. Or if your emergency was that you needed a person who can name over 50 breeds of cats in one minute.” Apart from making jokes on her acquiring a doctorate, she also importantly shared her life wisdom with the graduates. Having no real college experience, she went on to recall finishing high school “on the floors of airport terminals” as she went on radio tours and dreaming about a fairytale-like collegiate rendezvous, which inspired her ‘Love Story’ music video.\ 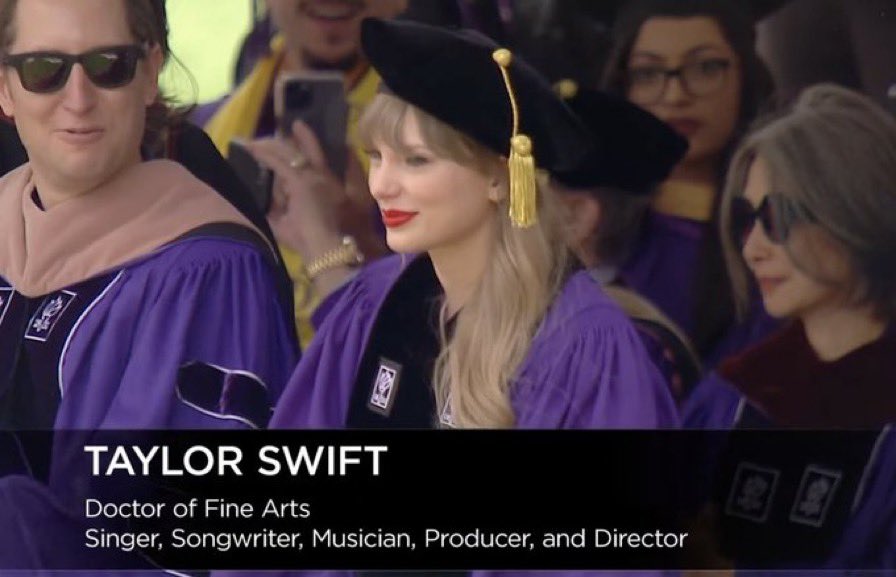 Swift ended her address by telling the graduates that making mistakes is inevitable. “When hard things happen to us, we will recover, we will learn from it, we will grow more resilient because of it,” the pop star concluded.

Lord Shiva exists in each and every particle in Kashi: Kangana Ranaut on Gyanvapi row

Got unfit over the last few months: Alaya F

BIG NEWS! Thala Ajith’s Valimai to have a grand theatrical release during THIS festive weekend

India’s leather industry should aspire to be number 1 in the world: Piyush Goyal